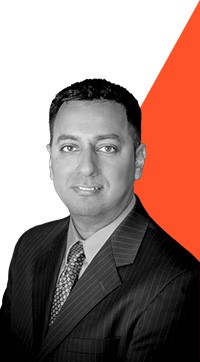 Luis Ramos is the Director of Information Technology at Woolbright Development. In this role, Mr. Ramos is responsible for applying technology solutions toward the company’s existing business processes, and helping create new efficiencies throughout the Woolbright business model.

Mr. Ramos' team is credited for building a highly-available data center with an enterprise-class technology infrastructure capable of supporting the needs of a rapidly growing company. Additionally, his team is also responsible for the constant development of new proprietary software applications and tools. By facilitating the use of the latest technologies via these tools, Woolbright continues to maintain its competitive edge in the commercial real estate industry. Such technologies fundamentally changing the way commercial real estate is done today, and winner of the South Florida Business Journal Technology Award for Best Technology Application in two separate occasions.

...his team is responsible for the constant development of new proprietary software applications and tools.

Prior to Woolbright, Mr. Ramos worked for Champion Solutions Group, an IBM Premier Business Partner based in Boca Raton. While at Champion, Mr. Ramos contributed in the design of various complex technology solutions for large clients, involving enterprise server, networking, and storage equipment. During his final year at Champion, Mr. Ramos was also responsible for overseeing the day-to-day operations of the Network Operations Center, within the Managed Services Division. Mr. Ramos began his IT career at Oberthur Card Systems in Livermore, CA.

Ready to talk about your next investment?

Take this opportunity to make a difference in your company’s future.